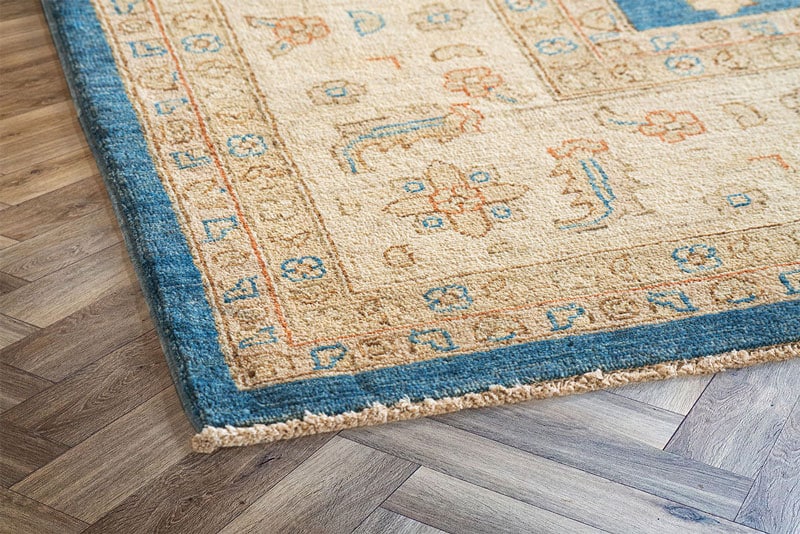 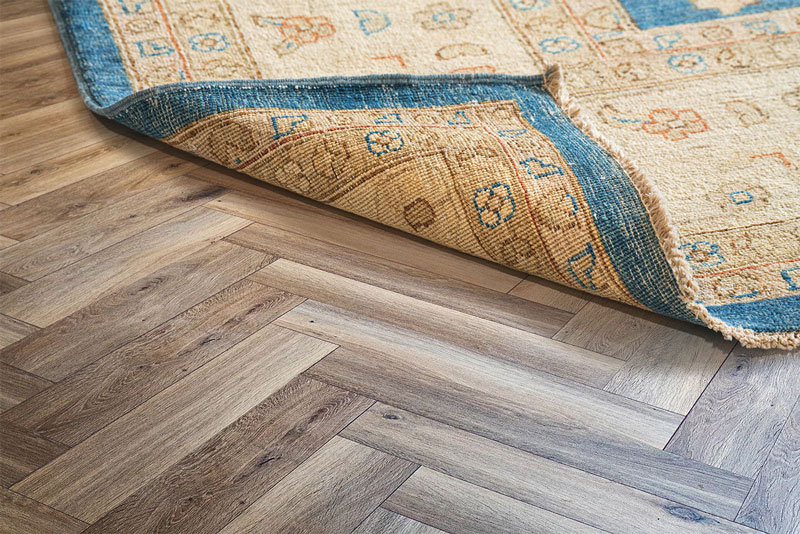 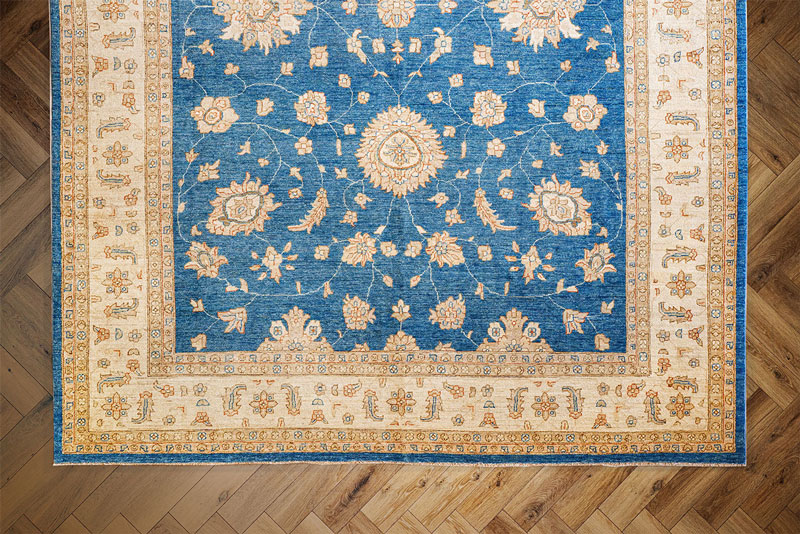 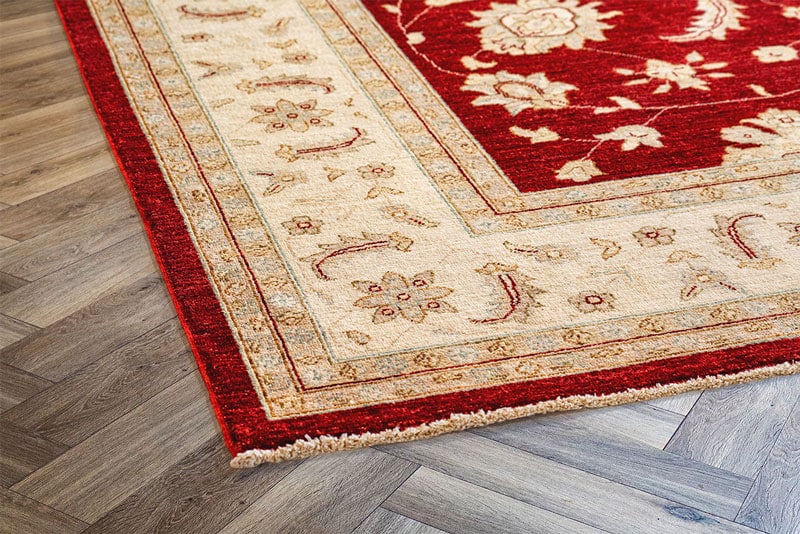 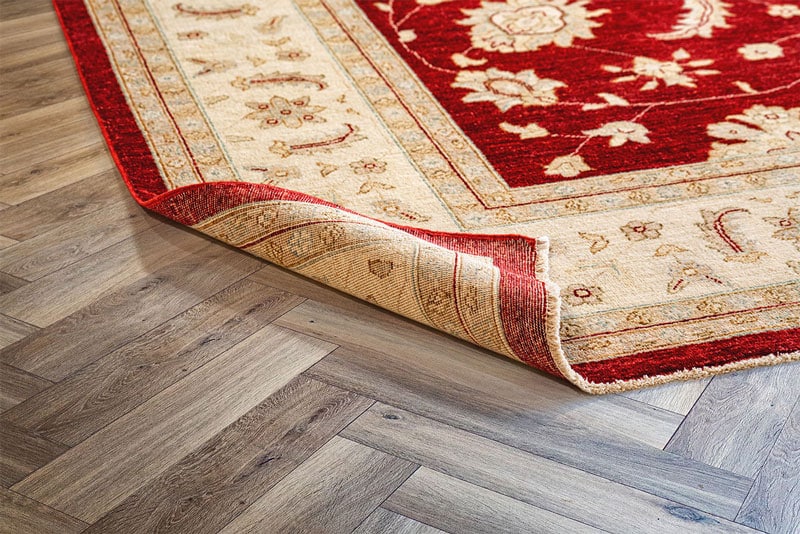 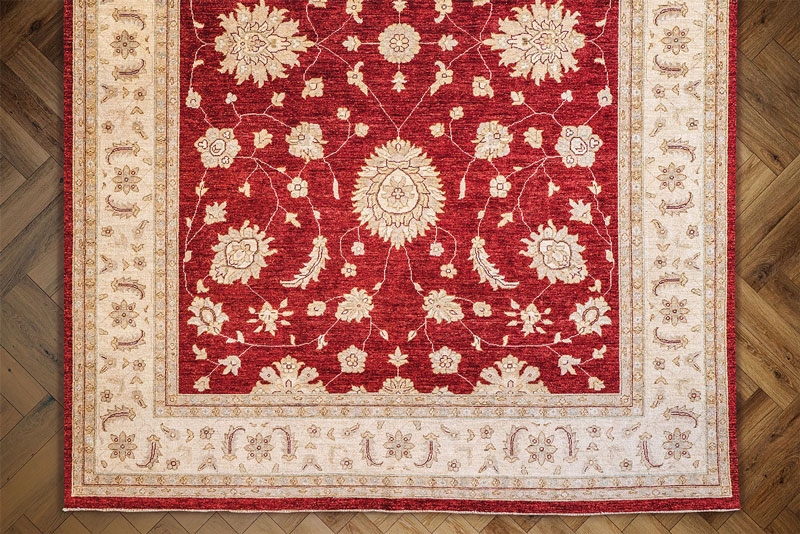 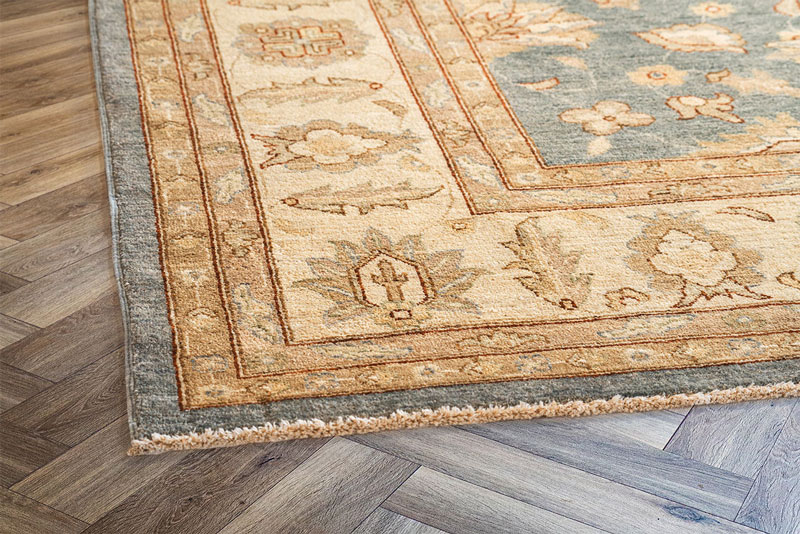 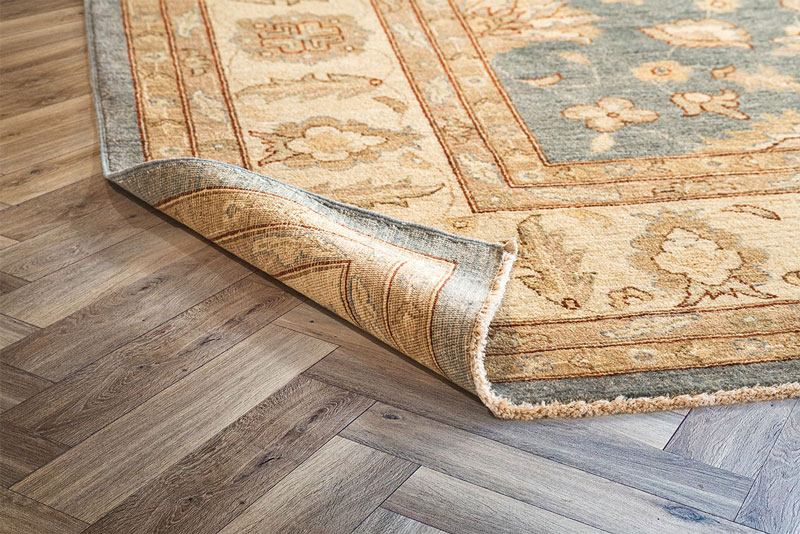 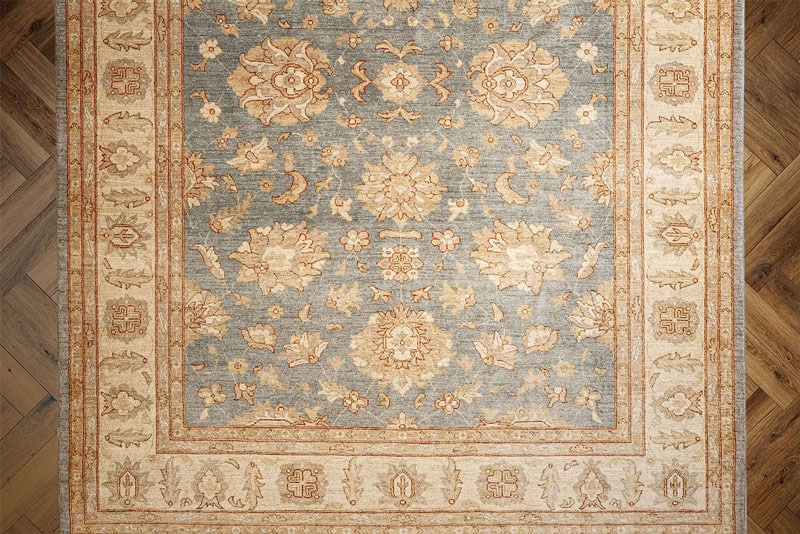 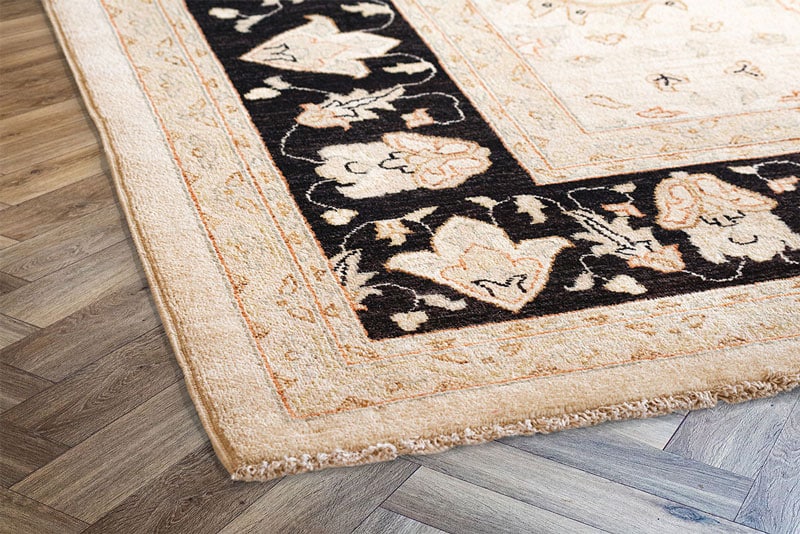 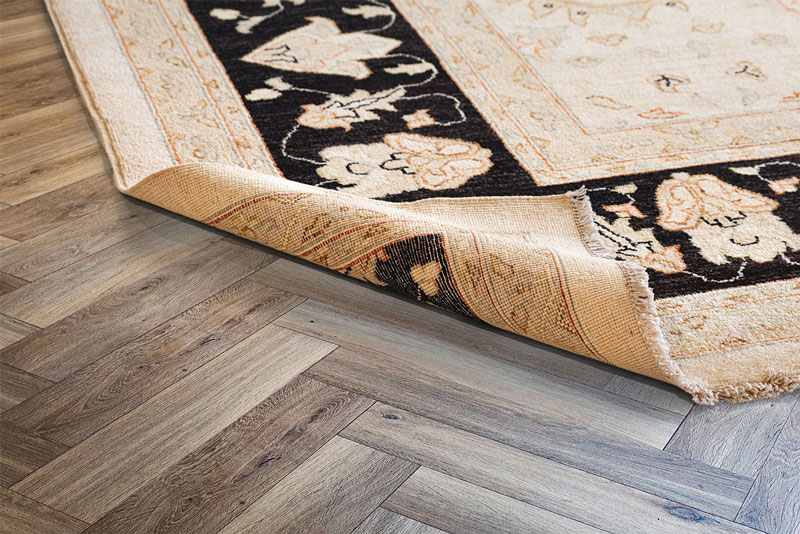 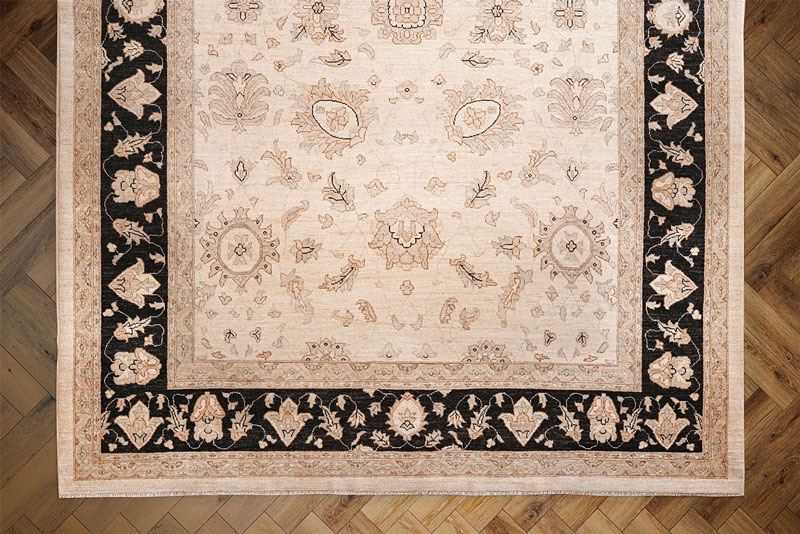 Ziegler (sometimes misspelt Zeigler) is a generic name for a style of Persian rug designed with a softer palette than the vibrant colours traditionally used by weavers in that empire, centred in today’s Iran.

In 1883 Ziegler & Co, a textile company of Swiss origin based in Manchester, set up workshops in Arak, Iran, where Persian craftsmen produced rugs to Ziegler’s exacting standards, using wool dyed in England.
The exquisite results were highly prized in Europe and the US until the 1920s, when the Bauhaus and Art Deco movements spurred a shift to factory production of rugs and carpets.
Zeigler went out of business but its designs from the end of the 19th century were rediscovered and they’ve been back in vogue for two decades.
The wools are still carefully selected and dyed in England, and produced to the same designs and high standards by Afghan weavers on the North West Frontier. Many of these craftsmen have fled the Taliban.
Our Ziegler rugs are made from a heavy-duty wool, yet boast a beautiful, delicate sheen that complements their pleasingly subtle hues.

There are no reviews yet.

Be the first to review “Handmade Ziegler” Cancel reply 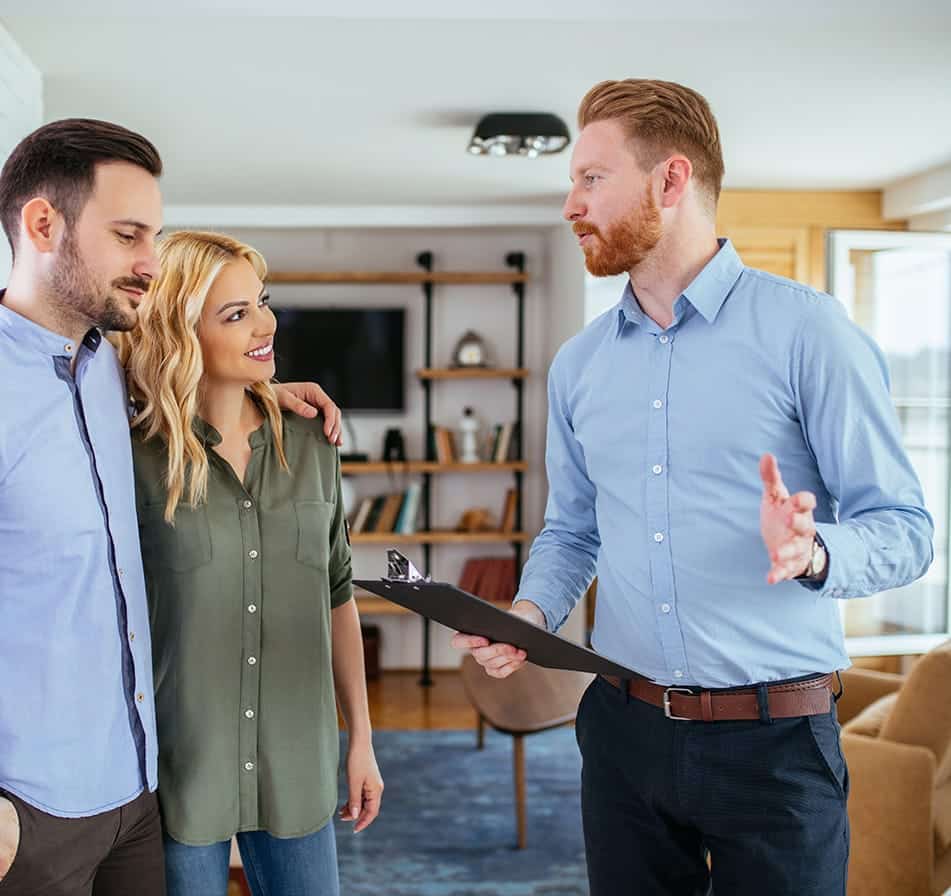 Book a free consultation
Talk to our experts and make informed decisions before you buy. Whether you need a plan, advice on flooring or fitting, we can help get your home improvements underway.

Talk to our Experts

Talk to our experts and make informed decisions before you buy. Whether you need a plan, advice on flooring or fitting, we can help get your home improvements underway.